This dataset is collected by Sport England as part of the Active Lives Survey. This indicator provides data relating to excess weight in adults. It shows the number of adults aged 18+ with a BMI classified as overweight (including obese) calculated from the adjusted height and weight variables. Adults are defined as overweight (including obese) if their body mass index (BMI) is greater than or equal to 25kg/m2.

The data is collected as part of Sport England’s Active Lives Survey. It is known that adults tend to underestimate their weight and overestimate their height when providing self-reported measurements and the extent to which this occurs can differ between population groups. Therefore, prevalence of excess weight (overweight including obese) calculated from self-reported data is likely to produce lower estimates than prevalence calculated from measured data.

Data in this table is for 2016-17. There is no Black Country level data available for adult obesity rates. 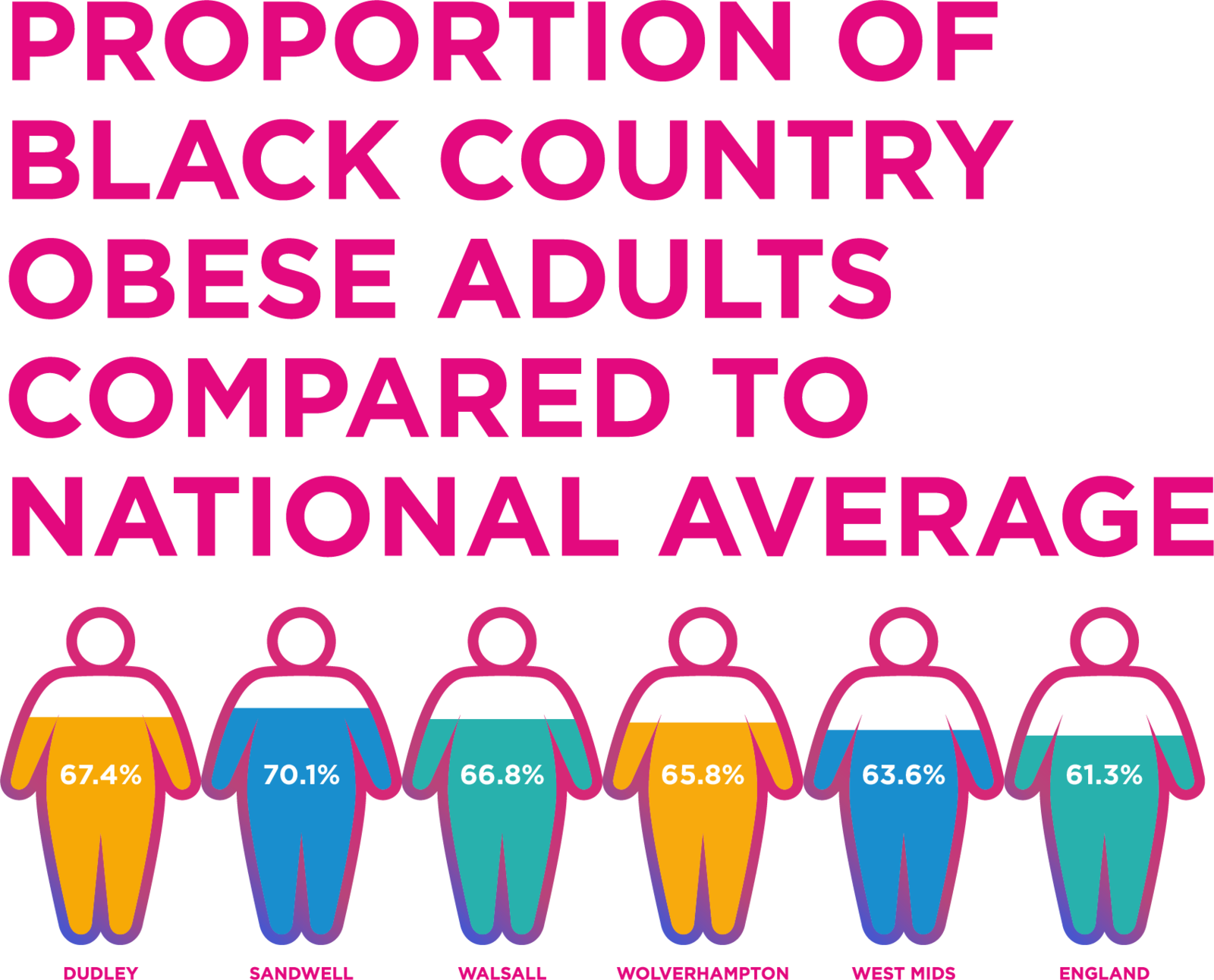 Or explore our other datasets...