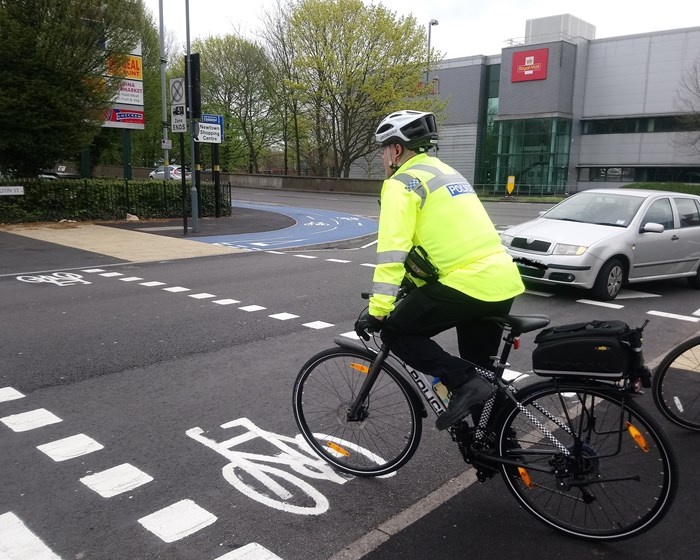 Pop up cycle lanes, wider pavements and bike share schemes are just some of the schemes being planned for a Big Summer of Cycling and Walking in the West Midlands.

Transport for West Midlands (TfWM) is working with partner councils on a package of active travel measures to be delivered across Birmingham, Coventry, Dudley, Sandwell, Solihull, Walsall and Wolverhampton as part of the Big Summer of Cycling and Walking campaign.

With people being warned to avoid public transport unless absolutely necessary more are cycling and walking, collectively known as active travel, for shorter commutes and journeys.

The Department for Transport has set aside £17.2 million funding for the West Midlands – the first £3.4 million of which is being directed towards measures to be implemented immediately in response to the easing of lockdown restrictions. TfWM will secure the funds, which will then be spent by local authorities.

Alongside this the region is developing longer term proposals for cycle routes and paths, bringing forward existing plans and embarking on a big summer campaign to boost active travel.

With £23 million already earmarked for projects such as safe cycle routes this means that more than £40 million will be ploughed into active travel initiatives.

Funds have also been set aside to give employers across the region cycle racks for staff, provide cycle training and to help people to repair and restore old or damaged bikes.

There has been a significant shift towards cycling and walking following the outbreak of the coronavrius pandemic, and it is important we as a region do everything we can to support this shift.

By working alongside local authorities, TfWM will help deliver a range of pop-up cycle lanes, road re-allocations, and pavement widening schemes, as part of the Government’s £17m active travel fund. As well as bidding for this first tranche of money to be spent by local authorities, TfWM is also pressing ahead with its planned £23m investment this year in cycle routes and projects across the region.

We are also looking at bringing forward some schemes, such as the Binley Road cycle route in Coventry. There are significant environmental and health benefits that come with cycling and walking, but we understand safety fears are a barrier for many people – particularly when it comes to cycling.

That is why we are looking to create these pop up lanes and improved crossings to give people that assurance and confidence they need to get out on two wheels.”

TfWM, which is part of the West Midlands Combined Authority (WMCA) was already investing £23 million from the Government’s Transforming Cities Fund in cycle routes and projects.

Some of these projects will be brought forward, including the Binley Road cycle route in Coventry.

We already have hundreds of miles of safe cycle routes across the region and I would urge people to make good use of them, it is not only important as the lockdown continues, but it is healthy and great fun too. Councils across the region are looking for ways we can take action quickly to promote active travel. Already in Birmingham we have suspended on street car parking and widened pavements in Kings Heath and Erdington high streets to give shoppers extra space to walk.”

TfWM has also produced guidance for those looking to start, or resume, cycling, including guides to canalside and off road routes, at wmnetwork.co.uk/cycling

With public transport capacity reduced due to social distancing it is important anyone who can make a change to their journey does so ensuring that bus, train and tram services remain available and safe for those who need them most.

View all news
Community Sport and Health Apprenticeship for Schools in Dudley
Dudley Council are working in partnership with Active Black Country and Aspire Sports and Fitness to develop a specialist...
Read more
Birmingham 2022 Commonwealth Games signs up to pioneering disability pledge
The Birmingham 2022 Commonwealth Games has signed up to a ground-breaking participation and equality initiative.
Read more
West Midlands awarded £3.85 million to get the region cycling and walking
Plans for pop-up cycle lanes, wider pavements and many other measures to encourage more cycling and walking across the West...
Read more

@BantockSchool The first summer edition should be out at the end of net week with lot's more fun activities to try!
Follow us on Twitter @BCbeactive