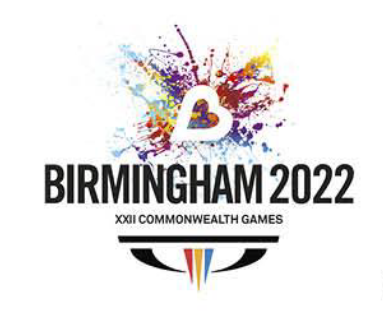 The Birmingham 2022 Commonwealth Games Organising Committee has appointed Martin Green CBE as its Chief Creative Officer, a role that will give him ultimate responsibility for the official opening and closing ceremonies and the wider cultural programme for the Games.

Green, who has a huge amount of experience of working on global sporting events and major cultural celebrations, will take up his new role before the end of month. As Chief Creative Officer, he’ll also oversee the Queen’s Baton Relay and he’ll provide overarching direction for the team welcome ceremonies (performed when each competing nation and territory arrives at the athletes’ village), how the sports are presented and showcased in venues, medal ceremonies and spectator entertainment.

Reacting to the news that his application was successful, Green said:

Ever since working on last year’s ‘Go the Distance’ handover celebration, part of the Gold Coast 2018 closing ceremony, I knew I just had to be involved in the Birmingham 2022 Commonwealth Games. I was blown away by the local performers who took part, as they were so talented and enthusiastic and I loved the way that the people in Birmingham and the region embraced the handover event.

I can’t wait to get started and I'm delighted that I’ll be working with organisations from across Birmingham and the West Midlands once again. This region is overflowing with talented, creative people and I want to get their input and ideas, to ensure that the ceremonies and culture programme are dynamic, uniquely Birmingham and truly memorable.”

Green is a hugely experienced executive producer of ceremonies and cultural events, whose major achievements include working as Head of Ceremonies for the London 2012 Olympic and Paralympic Games, recruiting and leading the team of 500 people that successfully delivered the opening and closing ceremonies, the torch relays and victory ceremonies. He was also Director of Hull UK City of Culture 2017, which saw him manage a ground-breaking 365 day world-class arts festival that reinvigorated Hull and fully engaged its residents, with nine out of ten local people attending at least one event.

We are absolutely thrilled that Martin has joined our team and I am delighted that someone with such relevant experience will be helping us deliver the biggest sport and cultural event ever to be staged in this region. There was a strong vision in Birmingham’s bid and so an inspirational leader is needed to bring that vision to life and Martin definitely fits that description.

Martin’s experience on the London 2012 Olympic and Paralympic Games made him the perfect candidate for this role on Birmingham 2022 and we were also impressed with the hugely successful handover event that Martin directed for Birmingham last year as, in just a few weeks, he orchestrated such a bold and brave live performance. I can’t wait to see what he will create for us over the next three years.”

The appointment of Martin is an incredibly significant step forward in the planning for the Birmingham 2022 Commonwealth Games. His track record on the creative elements of major sporting events and festivals is second to none – and he showcased the very best of Birmingham to a global audience when delivering the city’s segment within the Gold Coast 2018 Closing and Handover Ceremony.

Martin already has a great understanding of the city and the wider region. I am left in no doubt that his flair and artistic vision will ensure that the sporting and cultural aspects of the Birmingham Games are truly memorable.”

Green joins the Birmingham 2022 Organising Committee at an exciting time as the team, which currently has around 30 people who are directly responsible for delivering the Games to be held in Birmingham, the West Midlands and beyond, will soon be moving into new offices in Brindley Place, in Birmingham’s city centre.

For more information about the Birmingham 2022 Commonwealth Games, including details about the latest job opportunities at an organisation that’s expected to employ more than 1,000 people by the time the Games start on 27 July 2022, go to www.birmingham2022.com

Get on down to West Park! Explore the lovely park and take in the City's latest residents - the @LoveExploringHQ di… https://t.co/6Ulv5TqANq
Follow us on Twitter @BCbeactive