Birmingham welcomes the world ahead of carnival of cricket 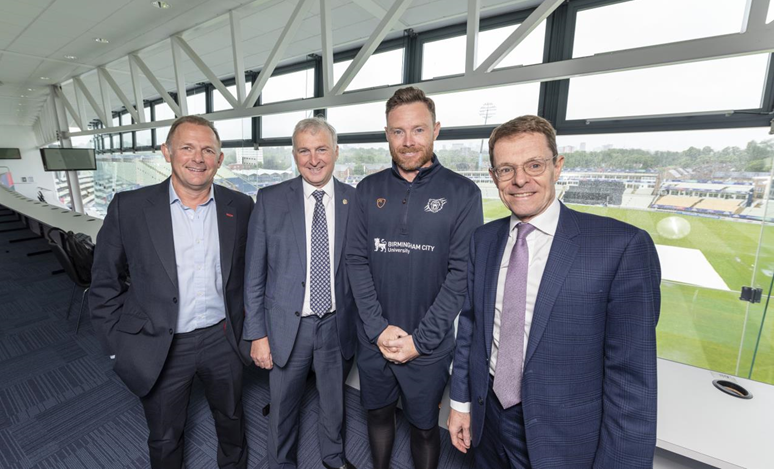 Birmingham welcomes the world ahead of carnival of cricket

Teams and fans coming from around the world to Birmingham for the ICC Men’s Cricket World Cup have been given a warm welcome by the city’s leaders.

The five games are a sell-out, bringing nearly 25,000 fans a time from all over the world to Edgbaston. A global television audience of hundreds of millions will also be tuning in.

We are passionate about cricket here in the West Midlands and I am sure people from across the region will join me in welcoming the teams, officials and of course the thousands of supporters and wish them a happy stay.

I urge all those coming to the region to spend some quality time here, as I am sure they will be bowled over by what we have to offer. Perhaps they could take in a night out after a game at Edgbaston or make a trip to one of our world class visitor attractions.

The Cricket World Cup is not only good news for the visitors getting to see our wonderful region, but it will also provide a major £32 million boost to our local economy.”

Edgbaston is a fantastic venue and I am delighted we are not only hosting World Cup matches here but also the opening Specsavers Ashes Test later in the summer.

It further cements Birmingham’s reputation as a truly global sporting city; we have international tennis and athletics this summer, the return of Premier League football and of course the 2022 Commonwealth Games.

And those who have not booked tickets are more than welcome to join us in the fan zone in Victoria Square from June 28-30.”

With Edgbaston hosting five of the biggest games in the tournament, we’re going to see thousands of cricket fans from around the world enjoying everything that our region has to offer.

Birmingham and the wider West Midlands region are renowned for being fabulous hosts for the world’s biggest sporting events and tournaments and we’re very excited to bring the ICC Cricket World Cup back to the city for the first time in 20 years.

We’re very grateful to our city partners and wider regional stakeholders for their support in delivering an outstanding visitor experience to everyone coming to Edgbaston to enjoy the tournament.”

The games form part of one of the biggest ever programmes of cricket at Edgbaston with the opening Test of the Specsavers Ashes series (1-5 August) and Vitality Blast Finals Day (21 September) following the five World Cup games.

According to accountancy firm EY, the tournament will give a £32.1 million economic boost to Birmingham from a combination of ticket and merchandise sales, food and drink, transport, shopping, hotels and the positive business legacy from global exposure.

Transport for West Midlands (TfWM) is asking Birmingham residents to plan ahead and re-route their journeys ahead of the five matches.

There are thousands of spectators from around the world visiting Edgbaston for each match which will put added pressure on Birmingham’s transport network.

Road closures will be in place at Edgbaston Road between 9:00 – 11:00 and 17:00 – 19:00 as spectators make their way to and from the match. This will impact residents driving to and from the city centre during their morning and afternoon commute.

Finish times may vary due to match or weather circumstances. Therefore residents who use roads around Edgbaston Stadium are being advised to plan ahead, as road closure times may vary on match days.

If you live in the #BlackCountry and have a spare 5 minutes this weekend, we'd really appreciate it if you could co… https://t.co/FF5Zjl2lQX
Follow us on Twitter @BCbeactive