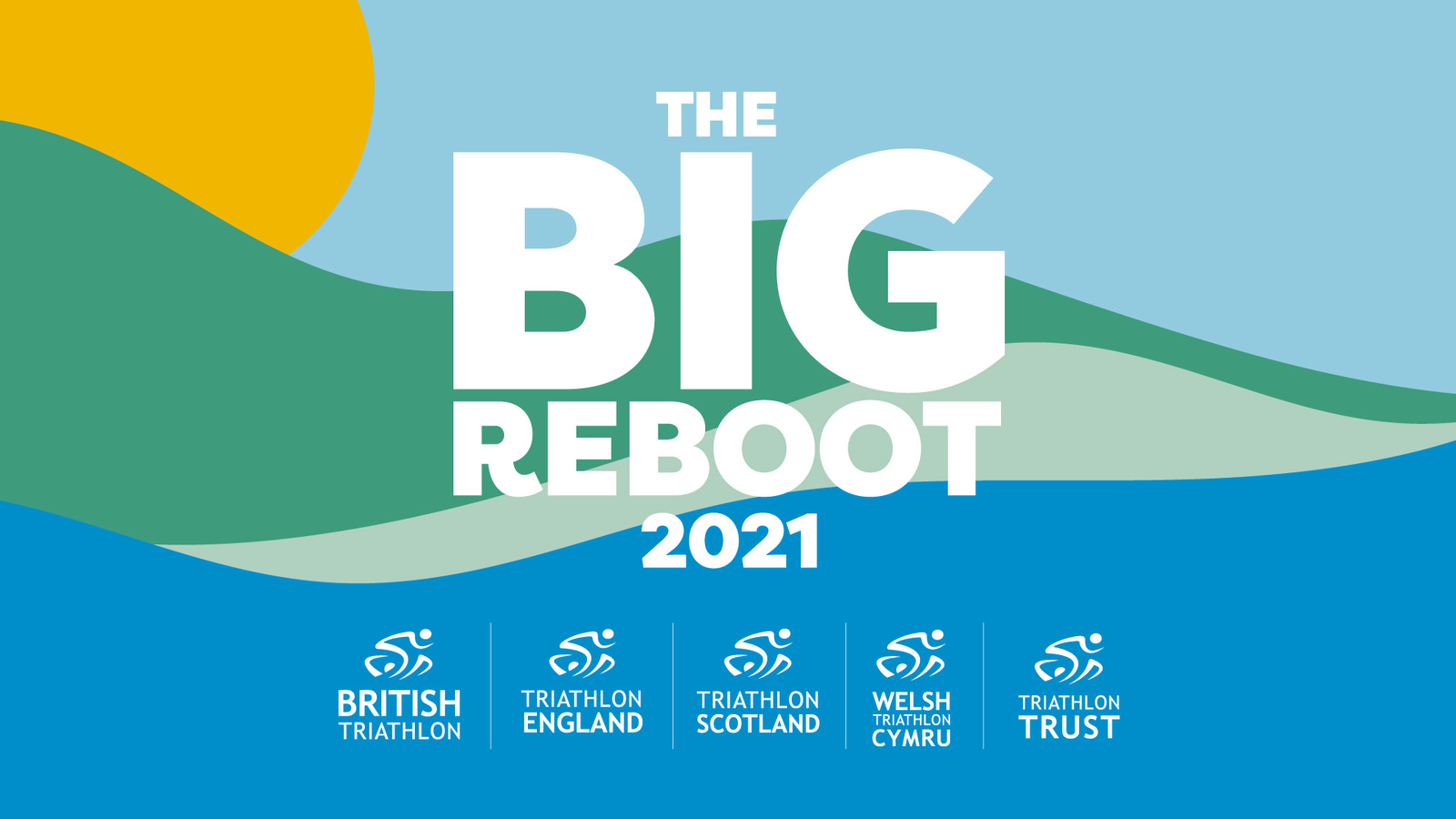 With the UK and devolved governments announcing or in the process of announcing their roadmaps out of national lockdowns, British Triathlon, Triathlon England, Triathlon Scotland and Welsh Triathlon have announced The Big Reboot which will lead the sport back to activity in 2021.

Having seen in-person swim, bike, run activity much reduced over the past 12 months, British Triathlon and the three Home Nations are developing and delivering their plans to give the sport a reboot as lockdown restrictions ease across Britain.

Aimed at supporting all aspects of the sport, each Home Nation will be providing guidance, support and opportunities for existing and aspiring athletes to dig out their goggles, pump up their tyres and tighten their laces for when club training sessions and local events can resume.

Support will also be on offer for clubs, coaches and volunteers from across the sport, helping them to deliver their activities safely and make the most of the opportunities to engage their local communities in swim, bike, run.

Triathlon, as with the whole of society, has had its challenges and has had to adapt over the last year and, as all three Home Nations eagerly anticipate the opportunity to get back to organised swim, bike, run, I’m incredibly pleased that we’re able to play our role as the national governing body in supporting this return to action. The return will look different in each Home Nation, and Triathlon England, Triathlon Scotland and Welsh Triathlon will be organising their own reboot plans to best meet the needs of their clubs, members and event organisers. With the encouraging announcements and signs that sport will be returning gradually over the coming weeks and months, it’s time to reboot so that we’re in the best position possible for when Covid-Secure sport is possible at clubs and events across Britain.”

To find out more about what’s happening as part of The Big Reboot, visit the dedicated page of the British Triathlon website here - https://www.britishtriathlon.org/the-big-reboot

View all news
Black Country PE Conference goes virtual - Don’t miss out – book now!
Bookings have opened for Active Black Country’s three-week virtual PE conference which will run from 18 May until 8 June 2021.
Read more
Discover a new world with Sensory Walks
New partnership with Ordnance Survey puts routes for people with complex disabilities on the map
Read more
Voluntary groups encouraged to apply for #YES Funding
Voluntary groups who work with children and young people in Wolverhampton are being encouraged to apply for funding to deliver...
Read more

RT @Blkctrymoving: Exciting new boxing and fitness facility in Leamore. If you are looking to become active, find out more about boxing, or…
Follow us on Twitter @BCbeactive