Move 4 Summer: celebrating the opportunities across the Black Country to be active. Click here to find out more!

Elite sports facilities to be extended in new partnership deal 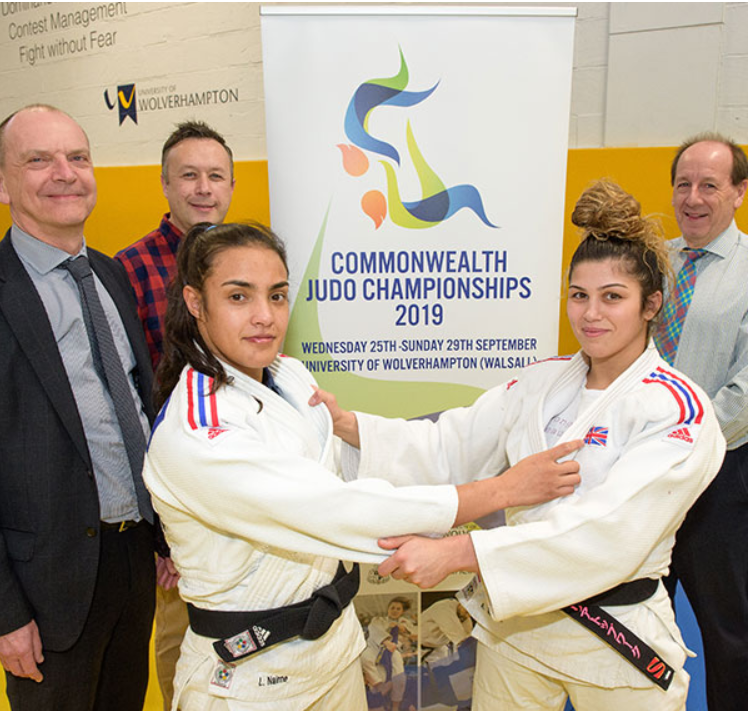 Elite sports facilities to be extended in new partnership deal

Specialist sports facilities to support Olympic and Paralympic athletes are set to be expanded as part of the extension of a long term partnership between the University of Wolverhampton and the British Judo Association.

The British Judo Association’s Centre of Excellence is based at the University’s Walsall Campus, and sits alongside the University’s sports education and research facilities that support the sports degrees on offer.

The University and British Judo have agreed a new long term partnership which extends and further develops their decade-long collaboration until 2032. The new 12-year agreement ensures the Centre of Excellence will remain on the Walsall Campus for the next three Olympic cycles, preparing athletes for Paris 2024, Los Angeles 2028 and beyond.

The next focus for the centre will be the Birmingham 2022 Commonwealth Games, and the partnership provides further endorsement for the Walsall Campus as a place of sporting excellence for elite athletes.

As part of the new partnership agreement the University has submitted a planning application to extend the Centre of Excellence, with the introduction of more specialist facilities to support the Olympic and Paralympic athletes who are based in the West Midlands.

These new developments include dedicated physiotherapy facilities that will provide world class science and medical support to athletes as part of the British Judo Association’s partnership with the English Institute of Sport.

Dr Richard Medcalf, Director of the Institute of Human Sciences at the University, said:

The University is very proud of its partnership with the British Judo Association. We have been home to their elite programme for more than five years now, and last year supported their hosting of the Commonwealth Judo Championships on our campus. We are delighted that they have chosen to commit to the University for such an extended period of time and look forward to collaborating with them even more in future.”

Andrew Scoular, CEO of British Judo and Board Member of the British Olympic Association (BOA), said:

We are delighted to have agreed a new 12 year lease with the University to ensure it will remain the home to our world class Judo programme for the next three Olympic and Paralympic Cycles. In addition to this, all of us at the British Judo Association are extremely excited and supportive of the potential extension to the Olympic Judo Centre at the Centre of Excellence on the Walsall Campus.

This extension would make a significant impact both in the lead up to the 2021, the Paris 2024 Olympics and beyond.”

The extension of the partnership with British Judo follows the recently announced partnership with Sandwell Council that will enable students to study and train at their new £73m Aquatics Centre, and the £1m refurbishment of the University’s sports laboratories that now include a state of the art climate chamber.

Anyone interested in studying Sport in the Institute of Human Sciences at the University of Wolverhampton can still apply for courses starting in September and October 2020.

View all news
UK Coaching cares: New toolkit and digital badge to facilitate #GreatCoaching
UK Coaching has launched a new toolkit that will ensure the nation’s coaches are equipped with the knowledge and skills to provide...
Read more
Let’s deliver an inclusive return to play!
An open letter urging sport and leisure decision makers to put disabled people’s inclusion at the heart of plans and preparations...
Read more
Get free cycle safety checks at railway stations this summer
Transport for West Midlands’ (TfWM) has teamed up with West Midlands Railway and Cycling UK to host cycle safety sessions...
Read more