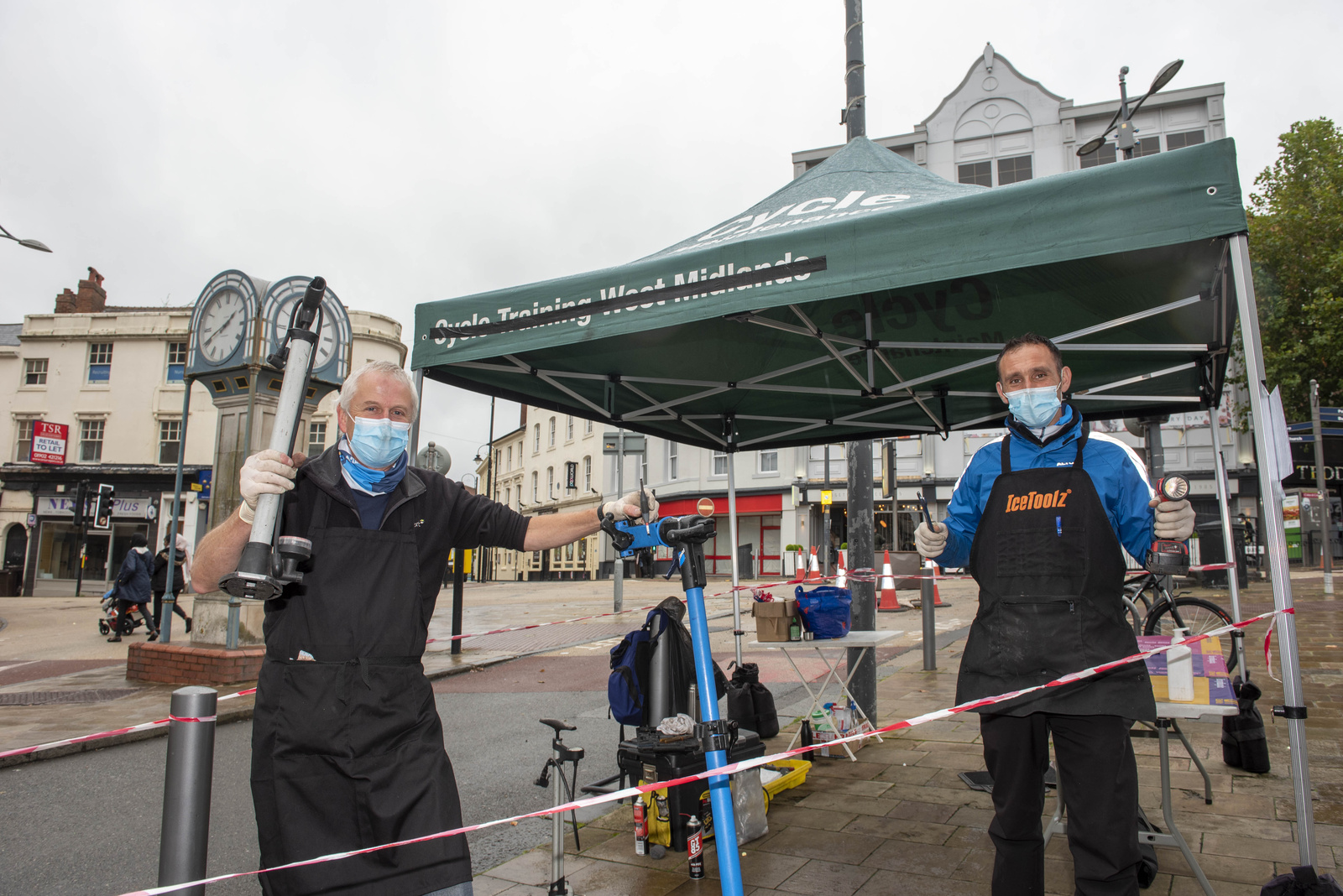 Residents are being encouraged to take advantage of free cycle checks this autumn after City of Wolverhampton Council successfully bid for further funds under the Big Bike Revival scheme.

Qualified Dr Bike mechanics will be on hand in Victoria Street every Monday between 11am and 2pm until November 30 to check that cycles, both old and new, are fit for use.

City businesses are also being offered sessions to encourage more cycling to work.

This is the third set of funding received by the council from Cycling UK under the Big Bike Revival scheme. The scheme aims to support new and returning cyclists to get on their bikes for either work or leisure and explore their local environment.

The first round of funding supported key workers where bikes were either serviced socially distanced at the cyclist’s place of work or at their home address, generally on their driveway.

A second round offered weekly checks in Victoria Street, in Bantock, Phoenix, East and West Parks and on the canal towpaths at Broad Street, Science Park and Bentley Bridge retail park, supported by the Canal & River Trust.

In total, the three schemes have been funded by a grant of £11,000 from Cycling UK. So far, 175 bikes have been checked and serviced during the sessions which are open to everyone aged 16 and over.

The council has recently introduced a number of new measures as part of its work to make the city centre easier for social distancing and to encourage cyclists. These have included making parts of Darlington Street, Queen Square and Lichfield Street one way to allow the creation of a new cycle lane. New bike parking has also been introduced in Victoria Street and a new secure public bike parking facility is also being introduced in the Civic Centre underground car park this month, accessed from the North Street entrance.

We’re really pleased to have been successful in gaining this further funding from Cycling UK under the Big Bike Revival scheme. Dr Bike will be with us during the rest of the autumn and I hope the free checks will encourage people to get out their old and unused bikes again. Part of the work we have carried out to make the city centre more suitable for social distancing has included measures to encourage cyclists and we hope that these changes, along with the advice from the Dr Bike sessions, will help people to rediscover a love of cycling.”

Cycling UK is delighted that City of Wolverhampton Council is offering more pop-up sessions where residents can bring old or new bikes along to have them checked over by a qualified mechanic. The Big Bike Revival - which is funded by the Department for Transport - has already fixed 175 bikes throughout the city but we know there are more people who could still benefit from the scheme, especially as it is now being extended to workplaces, so that employees can benefit from the ability to travel safely and stay healthy at the same time.”

People do not need an appointment for the Dr Bike sessions.  All mechanics adhere to the latest guidelines for social distancing.