Learn to be quick, be smart and restart a heart 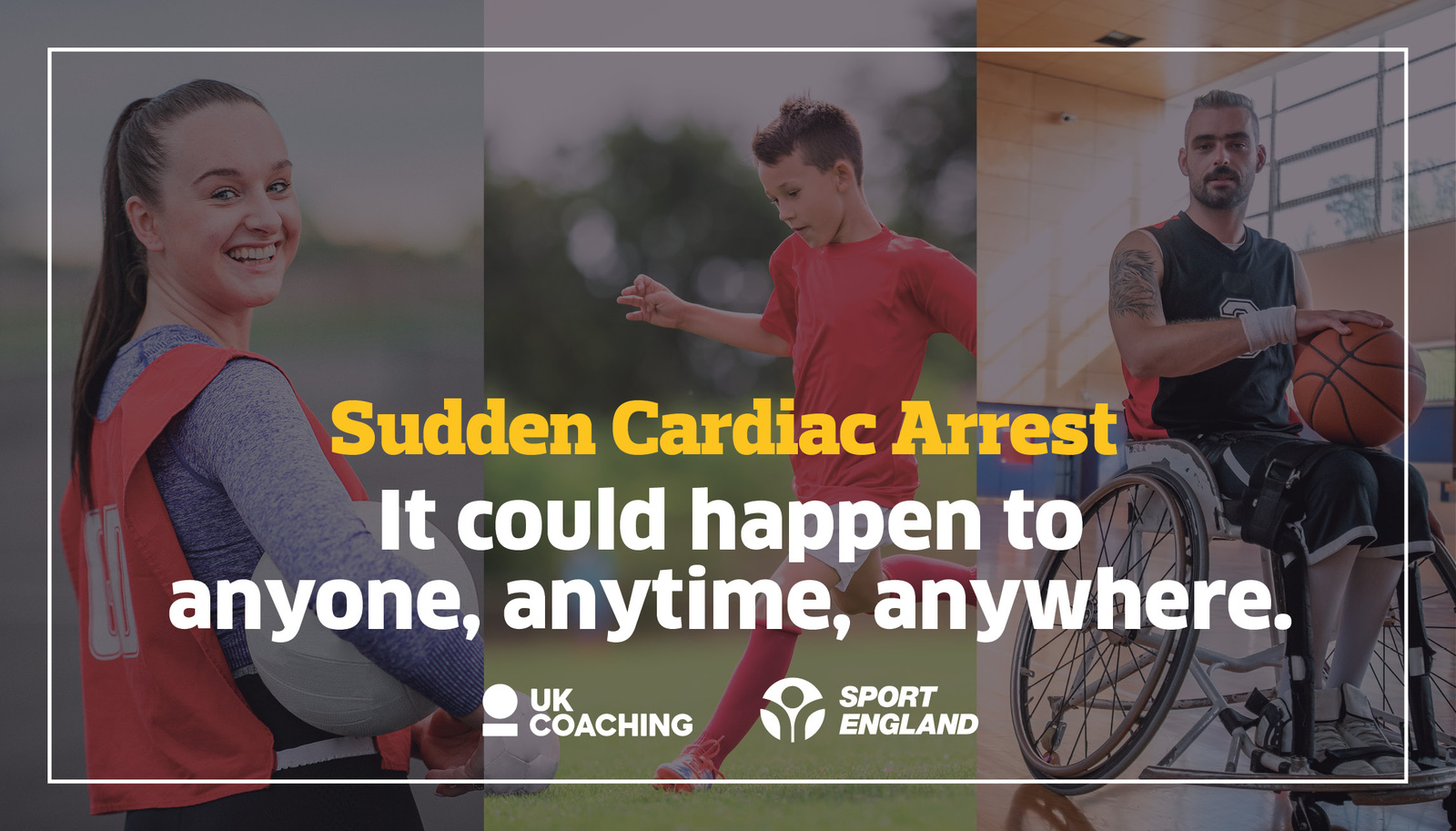 Learn to be quick, be smart and restart a heart

An SCA is when the heart suddenly and unexpectedly stops pumping blood around the body and vital organs due to an abnormal heart rhythm.

Each year in the UK, approximately 60,000 people have an SCA out of hospital, with only 1 in 10 surviving. If effective action is taken within the first minute, it can treble someone’s chance of survival.

Through this toolkit, which has been funded by Sport England and is aimed at the sport and physical activity industry – from coaches to instructors, staff, spectators and parents – everyone can play a part in improving the chances of survival through the right information, training and support.

What could be more important than knowing how to save a life? We know that great coaches change people’s lives and communities every day through the delivery of sport and physical activity.

On occasion, they may literally have to save a life. Sudden cardiac arrest is something we all need to know about and take responsibility for. The stark fact is, if more people were trained in CPR and how to use a defibrillator then more people would be saved.

That is why, collectively, we created a digital learning toolkit that reduces the fear and shock of an SCA and increases people’s response rate by being prepared to act. This training is free, simple and a must for all coaches. Learn to be quick, be smart and restart a heart.”

Steve Humphries, whose son Joe died of a cardiac arrest aged 14, started the Joe Humphries Memorial Trust in his memory and works tirelessly to raise awareness, imploring people to take training to know how to respond quickly and appropriately.

Twelve people under the age of 30 die every week in the UK from SADS (Sudden Arrhythmic Death Syndrome – that can cause a cardiac arrest). Some of these happen in front of coaches, during or shortly after playing sport. My message for coaches is that there is a golden opportunity to save a life, should a sudden cardiac arrest happen in front of them.”

Patron of the Trust is England rugby legend Martin Johnson CBE, who has backed UK Coaching’s training and urged the British public to become a nation of life savers.

Being aware of sudden cardiac arrest and having a bit of training can make all the difference. I have heard some horrific stories and know that things could have turned out differently. Getting training is so vital and it is relatively easy to learn. Take UK Coaching’s online course so that if you find yourself in that moment, you will know what to do; and know that you are giving that person the best chance they have of survival.”

Adding to the call is former Bolton Wanderers midfielder and SCA survivor Fabrice Muamba, who experienced his ordeal in 2012, playing against Tottenham in the FA Cup quarter-finals in front of 30,000 football fans and a TV audience of millions.

Coaches are not expected to be as skilled as doctors, but it’s about knowing the fundamentals: getting someone to phone 999, starting CPR and using a defibrillator before the ambulance arrives. That will significantly increase someone’s chances of surviving a cardiac arrest if one happens in your session, at an event or during a match.”

The toolkit is now available at ukcoaching.org and can be accessed in bitesize chunks.

It includes: - practical information and advice - an immersive scenario-based eLearning course - a series of high impact and informative videos - insightful interviews and compelling written features with survivors, their coaches and victims’ families - signposting to further support.

Learners will receive a certificate for completing the eLearning and will be awarded ½ a Developmental CPD point by CIMSPA. SCAs can happen to anyone, anytime and anywhere.

Learn how to save a life.

With the weather hotting up, it's important for children to develop good habits when it comes to sun safety! Have… https://t.co/QW5S5TqMj2
Follow us on Twitter @BCbeactive