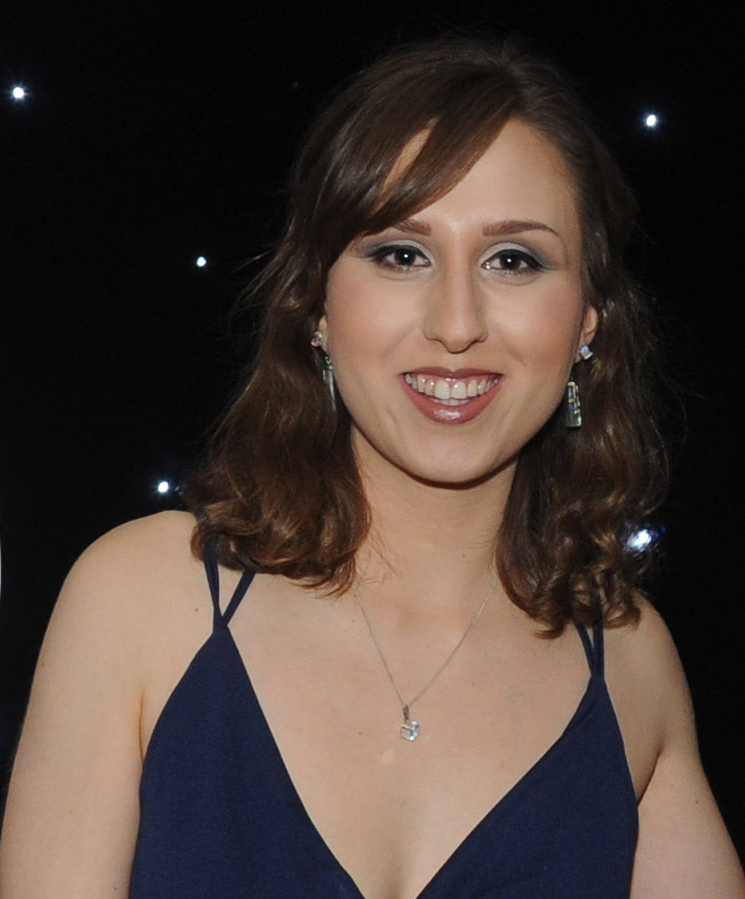 A young West Midlands woman who has had a lived experience of anorexia nervosa is calling for specialist training to help gym staff recognise potential problems, as Mental Health Awareness Week 2019 focuses on body image.

Diagnosis and the professional help she needed came just in time but it was touch and go – and now she wants to see early intervention made easier.

I started to develop issues around my body when I was a teenager because I was being bullied at school for the way I walked.

I was born with a club foot which caused me to walk with a limp and so kids from my school would taunt me about it. This made me feel uncomfortable and insecure about the way I looked which started a negative relationship with my body.
A year before going to university, I broke up from a long-term relationship which was a real shock and feeling bad morphed into anxiety and depression.

Within a month people began to notice I was losing weight and comment in a positive way – and I quite liked that. I began going to the gym more – exercise releases endorphins and makes you feel good – so it reinforces itself.”

But over-exercising became part of the problem.

By the time I left home for the first time to go to university, in a new environment, new friends were identifying me as ‘fit Holly’.

When I was really obsessed with exercise I was going to the gym twice a day – yet within a few months my health was deteriorating.”

She wants to see personal trainers and other people in the sector trained to spot potential problems.

I think gyms and physical activity clubs could to do more to notice people who may be struggling with exercise addiction, doing it to an unhealthy level.

I go to the gym again now and I know how much to do – but I see people in there and I recognise the same symptoms I had.
Personal trainers need to be equipped to see the danger signs and approach people without making things worse – they should definitely have mental health first aid training.

It would be good to see awareness raised. Some people may not have an eating disorder but compulsive exercising is still unhealthy and could be a sign of other problems.”

She sees it all as part of the system change that Thrive West Midlands is aiming for, ending stigma and making mental and physical health equally important and understood. Mental health first aid training for 500,000 people in the region is one of the key goals.

Help was hard to find for Holly and she is passionate about normalising the conversation around mental health so people don’t feel isolated.

I became very withdrawn, stayed in my dorm room all the time. I had some friends but I felt as if everyone was attacking me but obviously it was because they were worried.

It was a very difficult time family-wise - they just didn’t understand and I couldn’t talk about it, it was so frightening for them.

I can’t pinpoint exactly why and when – but eventually I told one friend, who hadn’t treated me any differently, what I was feeling like and his immediate reaction was ‘Thank goodness – I’m so glad you told me because I’ve been so worried about you’.”

Her initial experience of the health service was not good either.

Even though Holly’s low body weight would prompt emergency hospitalisation just a week or so later, one GP was not concerned, simply suggesting she might try drinking a glass of milk a day…

That moment when you see those professional people and they say out loud what you’ve been afraid to think is very frightening.

I wanted the help but it was the illness that was winning for a long time and it was scary to accept help – part of you is on that destructive path.

They had to reassure me that it wasn’t a punishment – they said ‘we need to save your life’.”

Holly is also wary of talking too much about the numbers around eating disorders and weight loss.

I know the low weight figure is what makes the shocking headline and gets attention, but the thing is that it honestly might make someone who is in that mind-set think, oh well if she could get down to that then so can I.

When you start that snowball effect of losing weight you have a goal in mind and get to another goal and no matter how low I was going I would never be satisfied.”

Five years on and Holly gives every appearance of being on the winning side of life now.

Preparing to run the Birmingham 10K and considering doing a marathon, she has had to learn how to find a healthy balance with exercise and wants to see other people helped to do the same.

I know people including my mum were very apprehensive about me doing exercise again and I have had to find a healthy balance.

The fear of relapsing is always in the back of my head. There were people in hospital who had been there multiple times and I swore I wouldn’t be one of them but I’m always aware of it.

With body image, you see a lot nowadays on social platforms saying be accepting of your body, but it’s easier said than done. I know because I still have my up and down days.

I try to focus more on what my body can do – rather than what it looks like, I focus on how fast I can run and if I can beat personal best times from previous races – you have to do something that makes you happy at the end of the day.”

This is a very important issue raised by Holly, which is right in line with the national thinking.

We need to act quickly to raise awareness and understanding of staff across the sector and look forward to trialling this work in the West Midlands.”

Holly is studying for a master’s degree in Dramatherapy, has two part-time jobs in mental health - and still finds time to be on the Youth Advisory Group for the Institute of Mental Health at University of Birmingham and will be appearing on a panel for the RSC in Stratford about representations of mental health in theatre.

Crucially, she is also a leading light of the West Midlands Combined Authority (WMCA) Thrive Mental Health Commission’s Citizens' Jury, which uses expert lived experience like hers to shape its plans and work.

Two years into the Thrive West Midlands programme Holly is convinced its innovative approach is making a real difference.

She says being part of it has been a big boost for her confidence and helped push her on to have more ambitions.

I only answered the advertisement at the last minute, I didn’t have any real faith in it because I’ve seen it all so many times before.

It was the first time I’d ever done anything like that and once the report was finished I thought it was just another mental health thing that nobody would do anything about.

You assume nothing will come out of it, nothing’s going to change – but then there was this launch and it was a really big thing – and all the stuff we’d talked about was being heard.

One thing that stuck out for me at the launch was Cllr Pete Lowe, Wellbeing Board chair, he kept saying it’s not about words, we need actions.

I think that’s what Sean Russell has done and it shows in what they’ve already achieved over the last couple of years.
I’ve I have always wanted to be a part of it from day one and I’ll definitely be staying involved.”

Supt Sean Russell is WMCA Wellbeing director, who leads on the Thrive West Midlands programme and was part of the Commission from the start.

This is a significant issue for so many people and we welcome this year’s Mental Health Awareness Week focus on the subject.

It is really important that people take the time to talk and we encourage a more open environment for this to be recognised.

Holly is a shining example of how people with lived experience can really help to shape the policy agenda in the West Midlands and I am very thankful for her support over the last few years.

Our work with the sport and physical activity sector with the recent Include Me West Midlands launch provides a great platform to raise awareness in the clubs and centres across the West Midlands."

If you live in the #BlackCountry and have a spare 5 minutes this weekend, we'd really appreciate it if you could co… https://t.co/FF5Zjl2lQX
Follow us on Twitter @BCbeactive